I did a nice hike up Blood Mountain in North Georgia Saturday night with some new friends. We timed it for a near simultaneous Sunset/Moonrise with a harvest moon. It was a lot of laughs. The hike (which I had done before) is quite difficult. Officially, it is rated a 4 of on a scale from 1=Easy 5=Very Difficult. Night hikes are fun with friends, no doubt. The video was taken by one of my hiking companions.

Sunday I had some fun adventure Inside The Perimeter (ITP) in the Inman Park area of Atlanta. It was a lot of fun. The dog picture needs a caption. 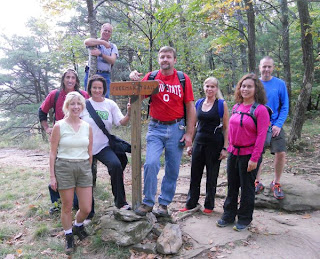 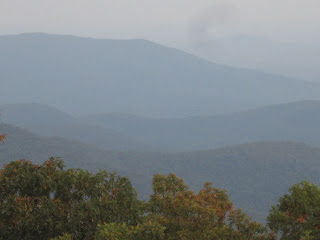 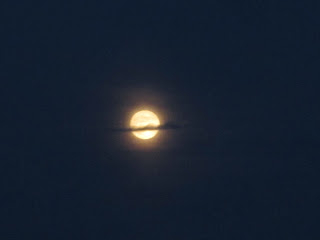 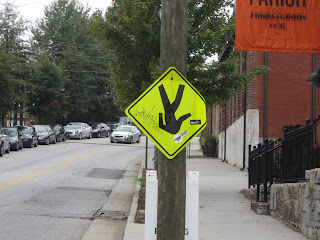 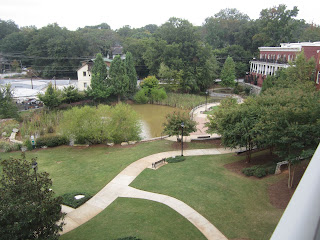 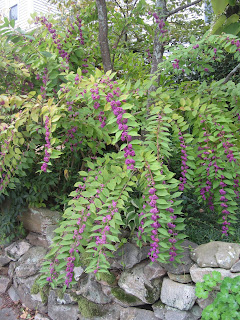 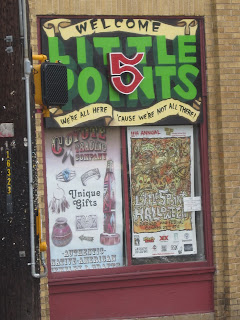 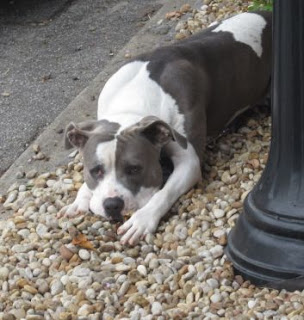 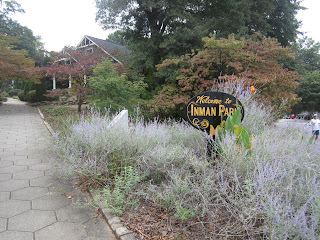 I am not going flying this weekend. I am taking it off. There sure is a lot to the notion of knowing your limits when you have a pilots license. Although there is a lot to go through to get your license there is a lot of trouble that can be found out there, for sure. I suppose that is what they want you to realize as part of the training.

My Blackberry croaked this week. It woke up dead. I went through 5 stages 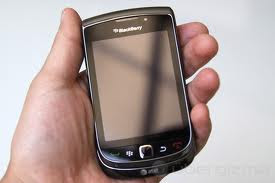 There is always something going on at the flight school and the airport. I enjoy spending time there. I neglected to get a picture of the headset that dangled out the closed door of a plane for quite awhile in flight. The headset did not fair well. I went up to the North GA mountains today. Always nice, even nicer in the fall. It is a real treat. I stopped to watch a balloon launch. 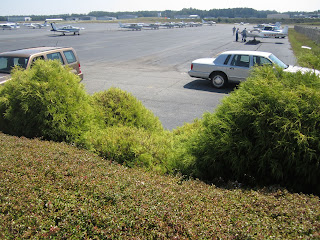 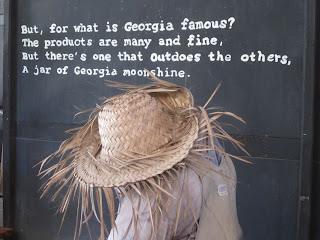 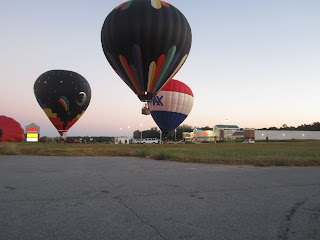 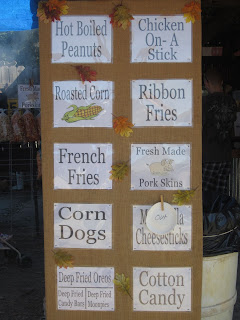 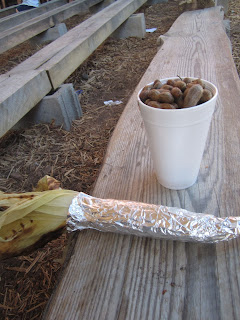 Interesting bit. The following is what you get if you try to get to Mike Angelini's Linkedin profile.

Mike passed away earlier this year. This profile handling gives a whole other meaning to the term "information lifecycle". Working on my MS we had a class devoted to the book "Information Ecology". Linkedin probably wanted some money to keep things in perpetuity. Or, this is what they probably call "The family wishes".

I find the policy (business rule) that linkedin uses in a case like this is ironic to say the least. There is no shortage of irony in information science.

Bloomberg News (9/18, Chandra) reports, "Manufacturing in the New York region contracted more than forecast in September as orders shrank, a sign the world's largest economy will get less support from the industry. The Federal Reserve Bank of New York's general economic index dropped to minus 10.41, the lowest since April 2009, from minus 5.85 in August."

I am planning meetings in England and Finland.

I continue to figure things out. One of the items "I seem to have regressed on" is that when I was a small child I was exposed to Brazilian music. I remember (clear as day) "Brasil 66" when it was popular. My Grandfather read to me as a child in Latin. Spanish missed the mark.

Brazilian Portuguese speaks to me. It is pretty weird as I am get more advertising in Portuguese on the web as part of my normal experiences. I have finished my Portuguese 101. I start 102 shortly.

I snapped the pic of the geese through the windshield of the plane at the departure threshold of Runway 31 in Winder, Georgia. I am waiting to take off. Looks like I am about 17th for departure!

I had the hardest test of my life (so far) this past week. My "checkride" reached deep. I appreciate the growth it induced. There were a lot of "yes sirs" from me. I did really well in the debrief. He was really working me hard during the ride. My FAA Pilot examiner looked like (and felt) just like Bob Hoover. The best sound bites lingering in my ears are "Don't stall it!" and "C'mon now!" on awkward, but normal training maneuvers. These maneuvers are not what we do with passengers, we do them as practice in the event of less than normal operations.

I am a pilot. I continue to study. I am working on my ratings. 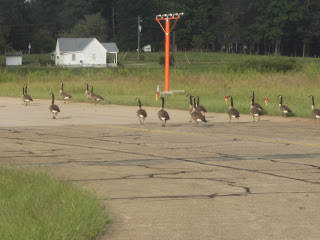 The visibility was great today in the air. It is really nice when you can take off in Gwinnett county and see the North GA mountains clearly. As we move into fall we will see a lot more of these days.

I like my new house a lot. I am making progress on the repairs the house needed, I have hired a landscaper, an interior designer and a few other folks. It saves a lot of time.

I stopped in on a friend of mine that also recently bought a foreclosure. His house is considerably fancier than mine (understatement). 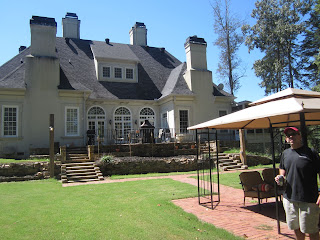 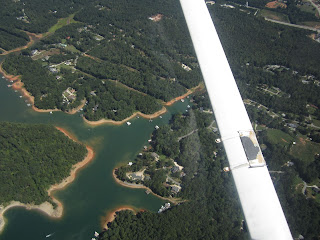 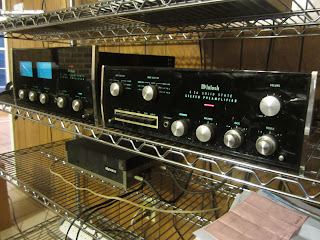 The "Fall landscaping haircut" is revealing a lot of nice plants as we knew it would. The neighbors are all nice. I have an interior designer coming over this weekend. I had the basement garage door replaced and I am nibbling at organizing stuff and what-not. I obtained some Peavey PV 115 commercial speakers to be driven by my vintage Mcintosh MC 2105 PA and C26 Preamp. I am going to drive the "fill in" speakers with the Dynaco ST 80 amp. With this setup you hardly need a sub-woofer since the main speakers are good down to 46 Hz. But, I am looking for a suitable single-channel DC-coupled vintage amp to run the sub-woofer. I may have to resort to vinyl records to get the low frequency input. Good thing the house is brick. It doesn't shake much.

You may ask where I am taking pictures of Korean stores. I am in Duluth (of course). These stores are within walking distance of my house. Great food. I had an awesome Ramon Noodle the other night. Travel without all the jet-lag.

Things are great. It is just lonely. 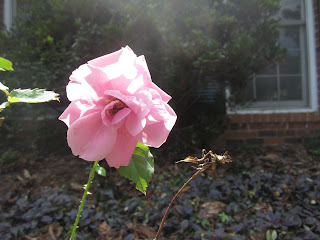 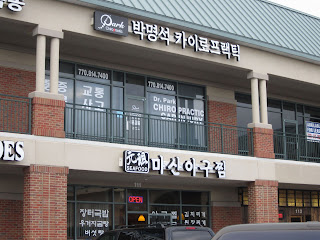 I flew up to NY and drove back down to Duluth with a rented truck filled with stuff. In the last two days I have been in Georgia, Michigan (flight layover), NY, Pennsylvania, Maryland, West Virginia, Virginia, South Carolina and North Carolina

It takes about 14 hours to drive the route. 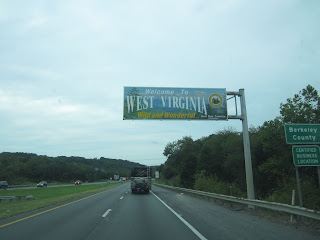 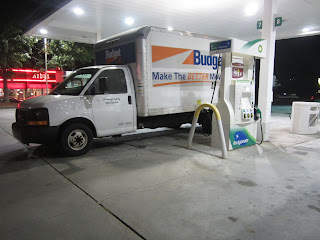 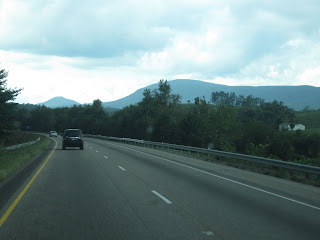