Another Memorial day. It is right and good to think about the folks that have died for their country. No matter what. I bet a whole bunch of them were scared to shit just before they were killed.

Georgia was the first state "opened" after the huge Corona Virus outbreak. They "opened," but businesses try hard to have lots of space between customers as well as employees. I haven't seen any unusual increases in Covid-19 in our county. Maybe its coming, I don't know. I had a waffle house breakfast this morning with "smothered and covered". It was good. The first restaurant I have been to in months. Its tough to eat with a mask on BTW. But I had it on except for when I was shoveling food in my face. I suspect most people who watch the news don't realize the CDC is located in Atlanta. Actually, it is quite close by to the house. There are over 10k people working there including some of my neighbors. Some of the best contagious disease experts are here in Georgia. I doubt the local government was misinformed.

I saw a large snapping turtle in the lake today. Check out how big he is. For scale, check out the oak leaf in the upper right corner of the pic. Definitely, on the large end of the species in the wild per Wikipedia. Common Snapping Turtle. Huge.

The Geese have been hanging out as well. There are two families with just one gosling each at this time. My neighbors hate the shit on their docks. It is the Goose's home after all, I don't mind that much. And I don't get a lot on my dock. I have a lot more to worry about. They are fun and relaxing to watch. But I am not feeding them either. 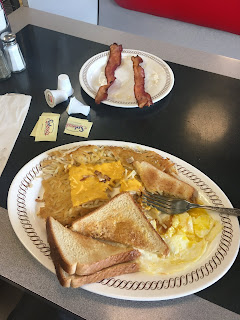 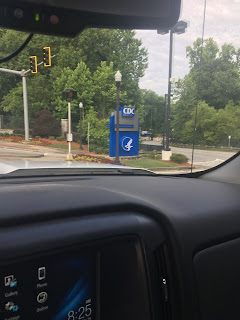 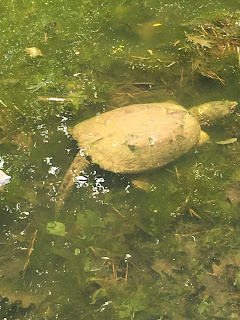 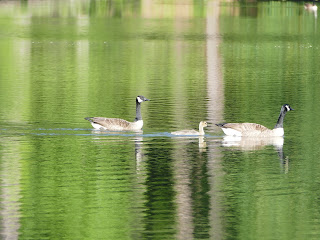 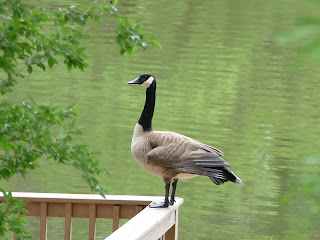