From Bloomberg 12-3-11. Try and tell me this isn't scary. We would all be in "occupy wherever" if we could allow ourselves to understand this situation.

The Federal Reserve and the big banks fought for more than two years to keep details of the largest bailout in U.S. history a secret. Now, the rest of the world can see what it was missing.

The Fed didn’t tell anyone which banks were in trouble so deep they required a combined $1.2 trillion on Dec. 5, 2008, their single neediest day. Bankers didn’t mention that they took tens of billions of dollars in emergency loans at the same time they were assuring investors their firms were healthy. And no one calculated until now that banks reaped an estimated $13 billion of income by taking advantage of the Fed’s below-market rates, Bloomberg Markets magazine reports in its January issue.

Saved by the bailout, bankers lobbied against government regulations, a job made easier by the Fed, which never disclosed the details of the rescue to lawmakers even as Congress doled out more money and debated new rules aimed at preventing the next collapse.

A fresh narrative of the financial crisis of 2007 to 2009 emerges from 29,000 pages of Fed documents obtained under the Freedom of Information Act and central bank records of more than 21,000 transactions. While Fed officials say that almost all of the loans were repaid and there have been no losses, details suggest taxpayers paid a price beyond dollars as the secret funding helped preserve a broken status quo and enabled the biggest banks to grow even bigger.

Eric took a few pics of some property he is looking at today. We had the window open. The open window caused more drag that I thought it would. 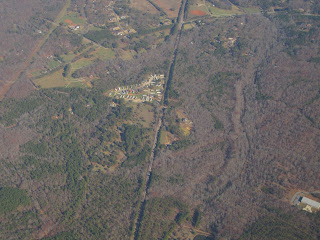 I have been busy at work. It is getting to the end of the year. There are a lot of things to finish up. I am working a lot this weekend.

This weekend is the first weekend of the month. My favorite weekend when I am in Atlanta. I have all the regular aviation activities that happen on the first Saturday. I am flying after the EAA 690 pancake breakfast tomorrow. Always a good time. I am going to miss a presentation from a new turbine engine manufacturer and the class down at American Eagles flight school.

My leadership class is going well on Thursday nights. I certainly have got to know a bunch of people in the area a lot better and the spiritual context gives me a lot to think about. We had some conversation about Sir Edmund Hillary this week. Our paths crossed in Antarctica, spiritually a couple other times.

It looks like I am not traveling that much for a while. I am headed up to Boston after Christmas and I have some trips somewhat emerging for Europe, North America and South America. Nothing is booked at this point, I don't think.

Getting the sawmill working up in NY was fun. I did quite a bit of firewood cutting as well. My Stihl 290 chainsaw worked great.

Lately, I have had to scrape my car windows in the morning. It gets over 50F when I leave work though.

One of the pics below show the "first flitch" of some nice Ash. 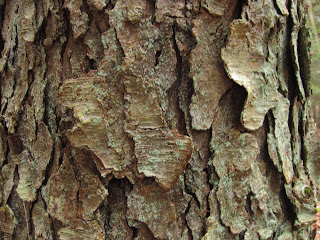 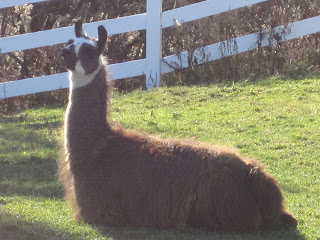 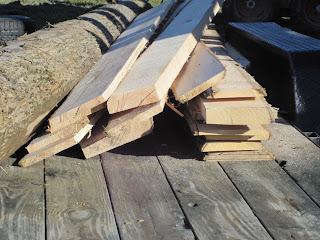 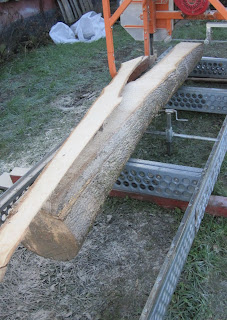