A friend of mine in Brazil sent me some pics from Paraty Brazil. That's not trash in the water. Its colorful tropical fish. Very cool.

I keep a Hawaiian Shirt inside my office door at work. You never know when you might need it. 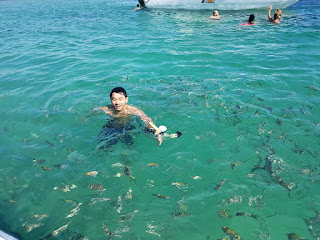 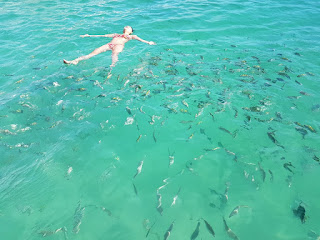 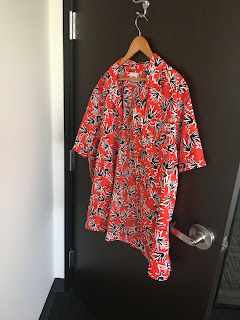 The weather this week in SoCal has been pretty much as it has been for months, 75 Degrees F and 50% RH. The rest of the US is having a heat wave.

I remember the first "man-on-the-moon" as we called it. I was 8 years old. Some of the memories I have was that it took soooo long for each phase of the mission. The decompression of the LEM after they landed seemed like eternity. I complained and my OLDER sister said something like "You don't want the astronauts to open the door early and get sucked out of the lunar module"... followed by the typical "DUH." I remember the video simulations (not real video) of the events when there was not video available (lots). I remember the actual video as well with "live from moon" I think it was blinking. It was analog B&W. It absolutely sucked compared to today, but it seemed a lot better than what I am seeing on youtube today. Maybe because my Dad probably put fresh vacuum tubes in the TV just before the event. I also remember going outside and seeing and hearing no one. In those days we spent a lot of time outside, especially kids and especially on a nice Summer day. There was no one playing, no one washing their cars.

The other thing that strikes me is everything else going on in that era, in the span of about 1 year, we had:

I like this podcast/youtube. We lived the context of what was going on. It was definitely real. It was science. We didn't talk about STEM we lived it.