I guess the thing that strikes me is that the Fire Department is a long way from the river. There are many many businesses that flooded. Certainly a record flood. We thought the flood of 2006 was going to stay in the record books for a while. Not so.

There are positive things about living in the hills as we do. The farm was generally unscathed. The drive way was washed away in June and the repair held. The basement had only a small puddle.

Here is a pic that I lifted from the web. It is the Fire Department in Owego NY underwater Friday 9-9-11 after I had left town. 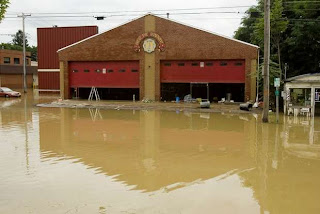 Here is a pic sent to me that shows the high water mark on the airplanes in the hanger at Tri-Cities airport in Endicott NY. 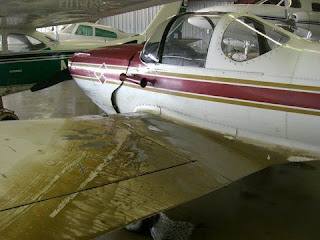 Things have been hectic. I was up in NY most of this week. The weather absolutely stunk. It stunk so bad there was record flooding in the Binghamton/Owego areas. Despite the flooding we went to a couple of awesome outdoor dinning events in Williamson and Endicott NY. It was great to see some old friends and be around familiar people and family. I spend so much time traveling and working it was a good thing. The weather was too crappy to go flying.

We saw lots and lots of different mushrooms out in the woods. The beaver dam was really getting some of the flood too. Interestingly, there was little mud in the water back there in nature. The mud erosion happens in the developed areas. Time in the woods was great. I bought a nice electric wood splitter for DJ. That will keep her busy. I tried to catch up on farm tasks, but I can really only get to the really important ones or the enjoyable ones. I did a few of both.

Saturday I go flying back here in Atlanta.

I am off to Texas for most of this week. 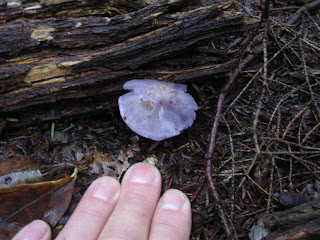 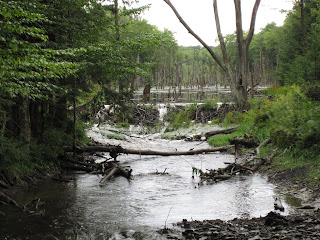 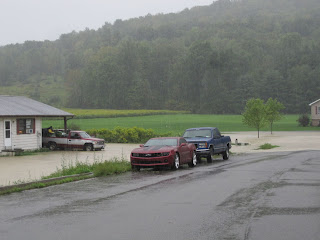 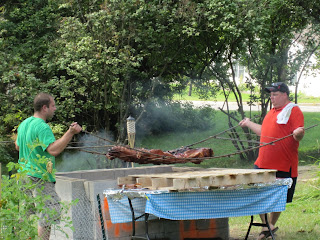 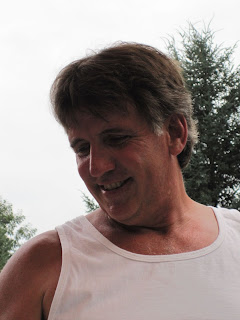 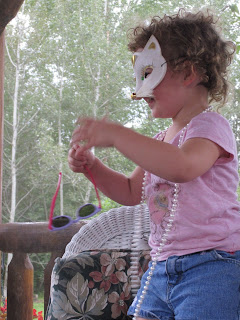