Another week. Indeed. What is the measure, a litre, a Lb., a fortnight, a dribble?

My friend Bill and I attended an AOPA (Airplane Owners and Pilot Association) President's breakfast in Atlanta. I have to sometime remind myself that I live in a city and the power is in cities. Although that is absolutely the wrong place for a political power base.

The weather was too crappy to fly, but was spectacular to experience in my back yard at sunrise.

I had to move my orange tree inside this week. We had a real cold snap.

We noticed that there was some excellent urban planning in my area. A co-located Waffle House and medical care all in the same building. We enjoyed the "Scattered, smothered, covered" at waffle house nevertheless!

I noticed weirdly that I had accumulated some significant symbols on my dresser. This picture is not "made for TV". It sums things up. I had the privilege to study under a professor in graduate school that understood and could communicate what I now think of as "natural organization". 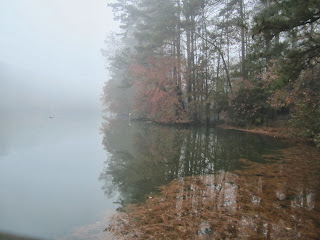 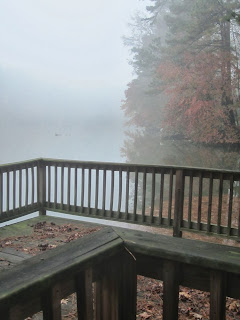 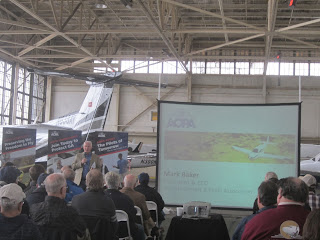 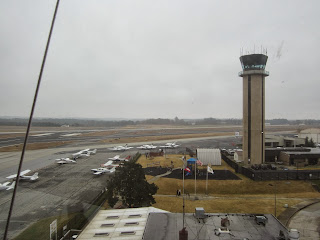 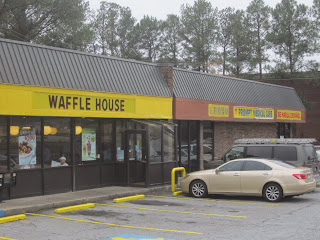 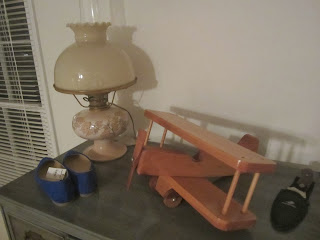 I have been traveling. This past week I was in Iowa, South Dakota, and Minnesota. It snowed. I realized the last time I saw snow was in Finland last winter. It wasn't in NY. Winter is fine and even snow is ok, but I am remembering that early snow in Winter (or late in Fall). It is a bit depressing and certainly the last snow in April will not become a holiday anytime soon.

Some of my ducks are back. I am again working on them to be less fearful with bribes of food, it seems to work.

I bought a new car. I ended up getting a Nissan Leaf. It is all electric, no engine, none of that hybrid stuff. It is a near zero maintenance car (Nissan says zero maintenance). It doesn't even have any belts. It has a very simple single ratio transmission, a battery and a motor. It is fun and has almost no noise. It is like driving in the future. My plan is to "plug in" everywhere except for home. I have a keen look out for electric outlets in parking lots everywhere. There are growing numbers of Level 2 (240 VAC) chargers appearing which have a much quicker charge time.

I haven't settled on the terms of my totaled car with USAA insurance (the guy who hit me, his insurance company). I knew it as soon as he hit me I was going to get screwed despite the accident being 100% his fault. Despite knowing that, I am offended by the "replacement value" offered. I took all of the cars like mine on craigslist and the average is considerably more than what USAA offers. So I am auguring with them. What about my procurement costs? What about items I added to the car? These practices by the insurance companies are undoubtedly unethical and should be illegal. I would be much more relaxed with what they do it they didnt hold my wrecked car ransom. They sell the parts. Not ok. I should be able to watch them destroy the engine for example, just like they did with the Obama's "Cash for Clunkers" program. These practices are what make people hate insurance companies. I wont get everything I am looking for since this a cartel of (should be) illegal activities with insurance companies. They make the laws through lobbying. Insurance is truly gambling. I am grateful neither of us was hurt.

The huge smoke cloud at the airport got my attention. I still don't know what is was. 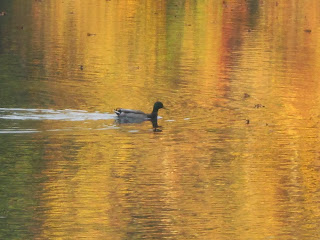 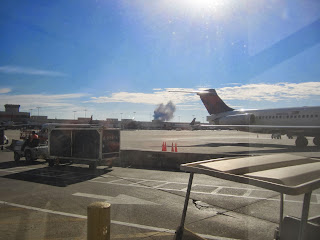 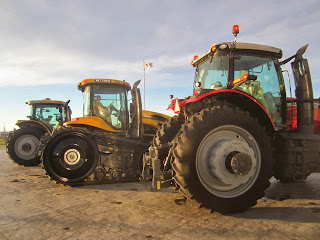 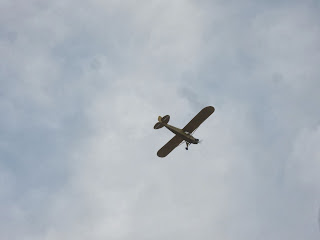 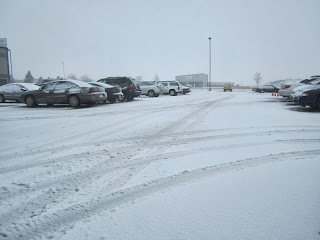 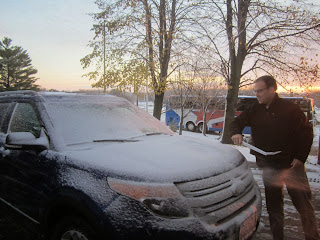 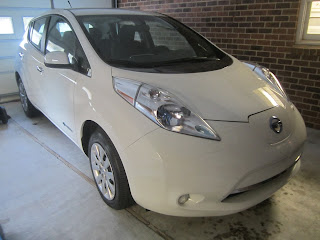 "In the realm of ideas everything depends on enthusiasm... in the real world all rests on perseverance."
-- Johann Wolfgang von Goethe, Author