"Forgiveness does not change the past, but it does enlarge the future."

I spent time this past weekend in North Georgia, in Elijay. El'-a-jay. I went to to a country apple and produce store for some Southern language lessons. Tried some Muscadine cider (juice). It is a type of wild grape from the area. I bet that stuff ferments right up, especially since this is the area that pretty much invented bootlegging and whiskey running. They had some fun with my yankee way of saying things. I got it now... It is not "mus-k-dean" it is "-MUSK'-ah -Dine-"

I really like North Georgia and I remember when I rode my Motorcycle through the area in 1980 solo saying I would be back. It is so different from Atlanta and only an hour drive away.

I started my Portuguese lessons last night. What a great idea. I didn't realize how much I have missed being in classes. The topic matter interests me and I am learning so much so fast. 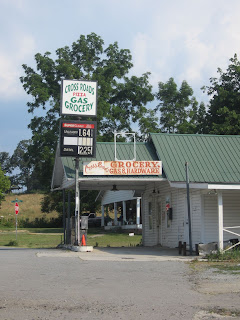 Some pics for last week in Upstate NY and one of DTW airport Detroit. 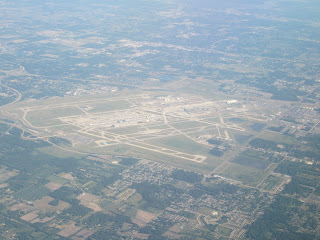 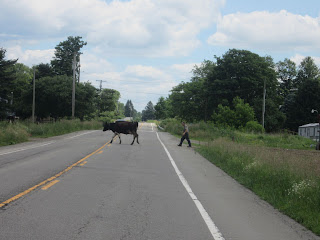 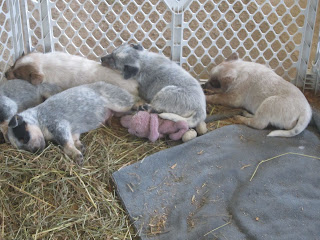 I have been in NY state and Kansas in the last week.

My main computer had a fatal HD0 failure. I just took it to the shop, got a new hard drive, all the data loaded/transferred and everything is good. I hardly noticed the failure. What a difference from years gone by where I would fight getting things back the way they needed to be. It helps living in Atlanta. Services, even computer services, are easy to get and there is sufficient competition to keep prices reasonable.

I have enrolled in formal Portuguese classes that start next week.

I think I need to be in the air every week nowadays. If it isn't piloting myself, it is riding on a commercial flight. The need thing just occurred to me. Jane... stop this crazy thing!

This video is a good combo of Brazil and Aviation. They go together.

"Everybody talks bout wanting to change things and help and fix, but ultimately all you can do is fix yourself. And that's a lot. Because if you can fix yourself, it has a ripple effect."

I realized this morning I haven't blogged in a coon's age (whatever that means). I am finishing up a week long meeting in Vianen Netherlands. Today, Friday, I will be in Utrecht Netherlands all day. We went to a DITA XML conference that was held in the same buildings as where Rene Descartes philosophized. Great place for discussion in the formative years of the semantic web language. The Dutch people have been fun to learn about and it has been a very productive trip. I am looking forward to sleeping in my own bed in Atlanta Saturday night. I expect to sleep for many hours. Its not that my bed here in Europe isn't comfy, there is just something special about your familiar home bed. I expect to close on my new house in a few weeks. There are so many foreclosed properties on the market it slows down the processes of selling bank owned properties.

I am looking forward to getting the work done to the house and living on a lake.

I got to use Atlanta's new international air terminal. There are now 7 passenger terminals now at ATL. It is shiny and new for sure.

The vehicle in the pic is a Dutch "melkwagen" or milk truck. It was built in 1974 (yes that recent). It is 16 HP and is a economical tool used to get milk to market by farmers. It was pretty cool. 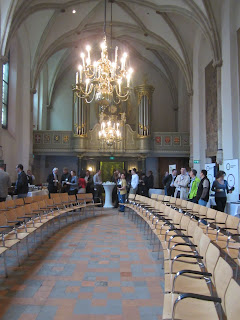 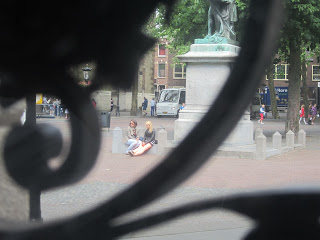 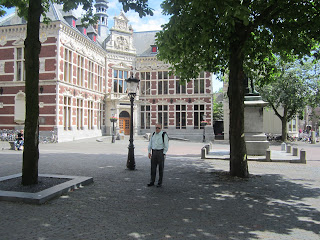 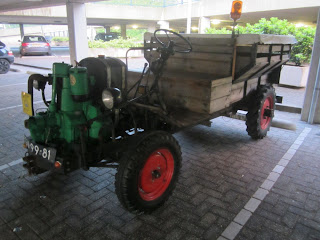 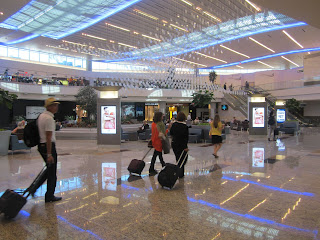 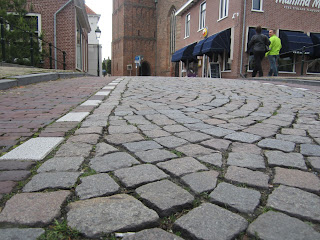 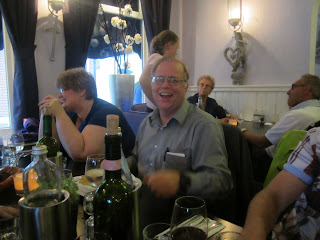